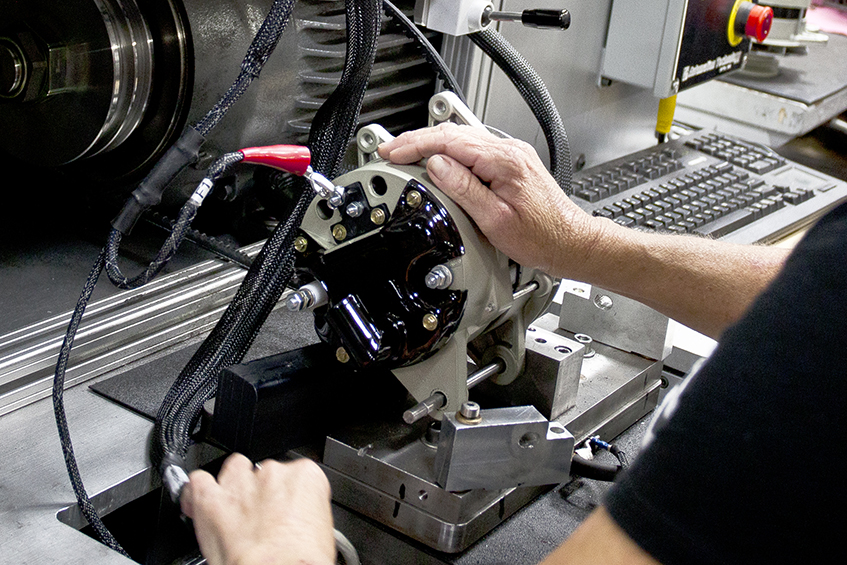 As the Director of Product Support for Hartzell Engine Technologies LLC (HET), I’ve had the opportunity evaluate aircraft alternators that arrive here for warranty consideration. Unfortunately for the aircraft’s owner, all too often when we test these “failed” alternators we find that they’re actually working fine.

The problem is simply that not enough troubleshooting was done before pulling the alternator off the airplane. Keep in mind that just because the alternator went off line, it doesn’t mean the aircraft’s alternator itself has failed. The real issue could well be something else under the cowling.

There are a number of things which may look like alternator problems that aren’t. Unfortunately, any of these issues will often lead to a “failure” indication. So if there’s a charging system issue, complete the following basic troubleshooting steps before removing the aircraft’s alternator.

Truth is an experienced mechanic can perform 95% of the steps to troubleshoot your aircraft’s alternator using a hacksaw blade and a Volt/Ohm Meter (VOM) – often referred to as a Digital Volt Meter or Multimeter.

Energizing the aircraft’s alternator circuit while the unit is NOT running creates an electromagnet, so when you hold the hacksaw blade against the housing you will get a magnetic “tug” which indicates the alternator is creating a field. If there is a tug when the alternator rotates electrical output has to occur.

Even if there is a tug you still need to verify that the aircraft’s alternator can carry a load. To do this, run the engine with the typical load. Connect a VOM to the B+ terminal and measure the voltage with respect to the ground. For 12v or 24v systems, if this is less than 13.5 or 25.5 volts respectively, when above 1,500 RPM, the alternator output is low.

If that does check out okay, switch the VOM to AC volts and verify a maximum of one (1) volt AC into the bus. Failure of either of these tests would be cause to remove the alternator.

But, if there is no tug, or if it is very weak:

After testing the alternator, if the problem with the charging system still hasn’t been found, look at the voltage regulator next. Most aircraft voltage regulators used today are solid-state and no longer have the trouble-prone contact points and coils. As such, regulator problems other than basic adjustments are minimal. Typically, today’s regulators either work or they don’t.

Unfortunately, as regulators have become more sophisticated and sensitive there are also more prone to providing false indications. These solid-state regulators along with glass cockpit warning systems are providing faster, but not necessarily better information to the aircraft’s pilot and mechanic.

Remember, the solid-state design? Even a momentary, inadvertent short-to-ground can destroy the regulator.

Of course, these are just some very basic troubleshooting tips to aid aircraft maintenance technicians in eliminating the cost and aircraft downtime associated with the dreaded NFF alternator. For a complete troubleshooting flow-chart, click on the link below.

Finally, if you’ve followed these steps and still have not found the problem, give us a call at +1-334-386-5400, option 2 or contact us via our web contact form  – the aircraft alternator experts at HET are here to help.

Winter Is Coming. Is Your Aircraft’s Cabin Heater up to the Challenge?
Previous
The Continental PM Starter - A Heavyweight Performer in a Welterweight Package
Next