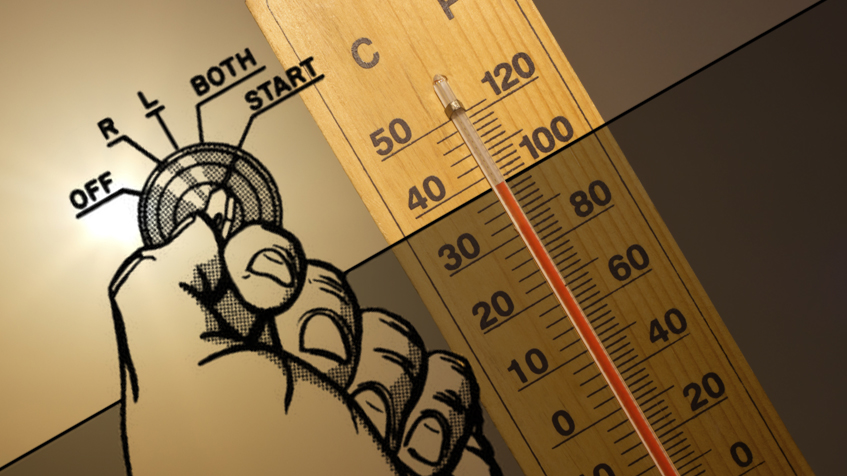 Between the good weather and, even better, vacation breaks, summer time is definitely flying time. And if there’s one thing that can ruin even the best laid plans it’s having your starter knocked out by a kick-back event. The worst part is they seem to increase with the temperature.

“Kick-back events during summer starts are not uncommon at all,” explained Rick Quave, Vice President – Engineering at Hartzell Engine Technologies. “Since most aircraft engines have large cylinder volumes and relatively low starting speed, they are much more susceptible to pre-ignition than their automotive brethren. Improper magneto timing -, worn impulse couplings or malfunctioning shower-of-sparks systems are all common causes of pre-ignition or kick-back.”

Hot engines with incorrect mixture or prime or with carbon deposits in the combustion chambers which can create hot spots can also cause pre-ignition in a cylinder before it reaches top-dead-center in its stroke,” he said. “Of course when that happens, the engine suddenly wants to go backward, while the starter is still trying to go forward. The engine always wins that battle.”

“I’ve seen aircraft starters without kick-back protection break right off their mounting,” Quave said. “Some starter manufacturers have a basic type of protection in the form of a shear pin. That may protect the starter, but it requires a repair to replace the pin before it can be used again.” 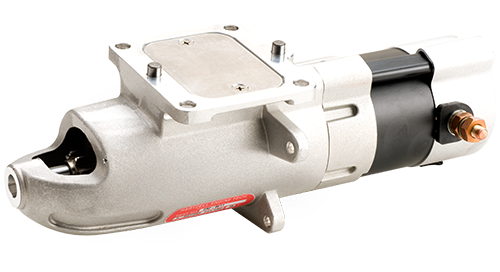 “The proprietary HET design provides unprecedented kick-back protection through a unique, automatically resetting torque limiting clutch system that allows the drive to free-wheel in reverse during a kick-back event,” he said. “So if you suffer a kick-back, the starter will automatically reset and you can go ahead and re-start like nothing had happened.”

Quave said that the system works so well that HET provides two (2) year warranty coverage for damage due to kick-backs. That’s a first in the industry.

And while automatic kick-back protection differentiates the E-Drive units from most other Lycoming aircraft starters, it’s not the only advantage it offers pilot/owners.

“The E-Drive also features a new lightweight permanent magnet motor that requires lower current draw than other comparable starters, while delivering the same starting torque,” Quave said. “Even if your battery is low, the E-Drive has the torque to get you started.”

He also explained that another of the E-Drive’s hot weather advantage is that the unit’s commutator cap and motor housing were designed with superior cooling characteristics, which helps keep it cool and gives the starter an impressive duty-cycle rating.

“While it’s typical operating procedure to permit a 10-second cranking cycle followed by a 20-second rest time, what makes the E-Drive truly different is the number of start attempts it permits,” Quave said. “With many competitive starters you can try six-times before you need a half-hour cooling period. The E-Drive will go up to 20 start attempts before you need the long rest time.”